If you are a loved one is struggling with Alzheimers disease call us at
760-736-4444 (click to call) to get an assessment and see if  Dr. Milgram can help with an NAD infusion.

Alzheimers disease is defined as a chronic neurodegenerative disease that is associated with loss of memory, coordination, and spatial awareness, among other things.

NAD is essential to living and is found in every cell of all living things.  There is much more NAD in the bodies of babies and growing adults. Declining NAD is due to the inability of our cells to recycle NAD, or to synthesize new NAD. This decline is associated with Alzheimers.

Alzheimer’s disease is the most common cause of dementia causing 60-80 percent of all cases. It is important to know that Alzheimer’s disease is not part of the normal aging process and worsens significantly with time. There is no cure for Alzheimers disease and most drugs today focus on slowing the cognitive decline faced by those with the disease rather than improving one’s condition.

Physicians believe that Alzheimers disease is influenced by several factors including aging, genetics, environmental factors, as well as lifestyle. After the age of 65 the number of individuals with the disease doubles every five years.

By the age of 85, one third of all people have Alzheimer’s disease. Unlike the typical cells in our body, neurons live for a very long time and repair themselves regularly.

As we age these connections become weaker and some die off, in people with Alzheimer’s beta amyloid plaques (which are intended to aid in the repair of the neurons) clump up and cause the neuron to die off. As time progresses more and more of these plaques can build up and cause brain atrophy. This is why aging plays a large role in the development of Alzheimer’s disease.

An NAD infusion like that provided in our center causes NAD levels to rise.A s a result, the cells have more energy, and can foster the creation of new mitochondria.

Mitochondrial dysfunction and protein accumulation may be related because  NAD plays a role in both. A coenzyme is a molecule that helps enzymes drive a chemical reaction.

A study showed that dietary supplements of NAD led to an increase in NAD in brain, reducing  the production of beta amyloid, and slowing the decline of patients’ cognitive function. Another study in  suggested that NAD may help reduce a form of tau protein involved in tangle formation in the brain.

Beyond seeking an infusion of NAD, Alzheimers patients should focus on living a healthy lifestyle with a nutritious diet,  exercise, and social engagement. These activities have all been associated with people aging healthfully. It is important to keep the body and mind active as we age instead of allowing our bodies and brains to decline as we age.

Rewinding the Clock with NAD Treatment

NAD encourages new connections in the brain resulting in heightened senses and clarity of thought.

Scientists at Harvard Medical School have found a way to use NAD in the  reversing of  accumulated DNA damage. NAD activates the enzyme responsible for DNA repair.

A recent (March 23, 2017) report from the Harvard Medical School Genetics laboratory found that NAD can help restore youthful levels of DNA repair and even reverse the effects of radiation.

Read this article in Science Magazine if you want to know more about how NAD regulates protein to protein interactions that are involved in DNA repair.

This article from Harvard Medical school entitled Rewinding the Clock also goes in depth on how NAD can naturally help reverse the effects of aging.

Getting  Treatment From The NAD MD

Dr Phillip Milgram is known as The NAD MD for being on the forefront of using NAD for a variety of ailments. Dr. Milgram has been active in the field of age reversal since the 1980s.

Where Will I Receive the NAD? 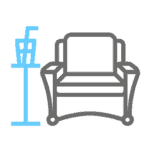 The intravenous infusion is typically facilitated in the comfortable office at our beautiful Carlsbad Headquarters right near the ocean on Carlsbad Village Drive. We also have other locations in San Diego and Orange County.

Each patient will be placed in a comfortable therapy room and will be encouraged to bring laptop or whatever device to help keep them entertained. Depending on the purpose of NAD infusion, the patient may receive additional treatment or counseling after the NAD dispensation.

How do I take NAD?

NAD can be ingested a few different ways but the most effective way to get the maximum benefit is to take the NAD intravenously, which bypasses the digestive system. Facilitating the intravenous dispensation of NAD is what Dr. Milgram has done more often (and for a longer time) then just about anyone else.

The intravenous sessions typically last 2-6 hours at first, because in the initial stage we are giving you the largest dose of the NAD. After the first couple of days, the dispensation sessions get progressively shorter.

What is NAD and Who Discovered It?

NAD is a natural substance that occurs in every living cell. It was originally discovered by scientists in 1906 but it wasn’t until many years later that doctors started realizing the many health benefits of supplementing our body’s natural supply of NAD. Read more on our What is NAD page.

How long is the Treatment?

The treatment differs for every patient upon an assessment that Dr. Milgram will do. It depends on what reason the NAD is being taken and all the other personal and health factors present. Typically the NAD is initially dispensed intravenously for 2-6 hours each day.

Drug and alcohol detoxifications are more intensive and lengthy dispensations of NAD and can typically run from a few days up to 2 weeks. With our help, you can get off very high levels of opiates and alcohol in 10 days.  Many people report going from hopelessness to feeling wonderful with absolutely no cravings or withdrawals in 10 days. Some drugs like meth or Suboxone might require longer than 10 days of treatment.

The treatment of chronic degenerative diseases like Parkinson’s disease or Alzheimers will likely require one or a few days of NAD with periodic follow ups.

Do we accept insurance?

Payment is expected at the time of NAD dispensation. We have an insurance utilization billing expert who can help you facilitate reimbursement (if your insurance plan covers NAD), and depending on the plan, we have obtained up to 90% reimbursement.

You can contact us anytime for assistance working with your insurance to find out what they cover and how they will reimburse you for the treatment you will do here. We are not Medicare/Medicaid approved for the NAD Therapy.

Will My Insurance Company be notified?

Not if you don’t want them to be, this payment is paid out of pocket; it is your decision if you would like notify insurance to get any type of reimbursement back.

Yes, it is safe. NAD is already in every cell of your body and is found at the highest levels in infancy. We have licensed staff here watching over you during your treatment, and even if you go to the house (as part of a residential treatment program), a CPR certified house manager is on duty at all times.

There are no negative side effects to this treatment that can harm you, and there has been tens of thousands of infusions with no adverse reactions. You will have MD visits, and prescribed medication for all of your health care needs. Please be advised NAD is not an approved treatment by the FDA but there are multiple studies being done.